Pop Music of the Spheres

I stole this idea from radio.com. They recently published an article in which they took the 12 zodiacal signs and ascribed to each a singer and a song that embodied the qualities of the particular sign. The only problem for me was that they addressed the youthful  audience that was likely to be visiting their website…and I am personally past the age in which I much care about the music of Justin Bieber (Pisces) or Miley Cyrus (Sagittarius).

It’s an enormously fun idea, though, and I thought I might take a whack at an age-appropriate iteration of the task. So here are songs that I cannot hear without thinking of the sun sign of the performer and the appropriateness of the material to that sun sign. Pop goes the Universe.

Nothing is going to stop this woman from getting to you. The song was a hit with The Supremes as well as the first number one hit of her solo career (Aries adores firsts). She sang it in Central Park during an electrical storm that grew so severe that the concert had to be terminated…until the next night when Ross unexpectedly demanded to come back to finish her show.

B Side: Elton John / Saturday Night’s Alright for Fighting 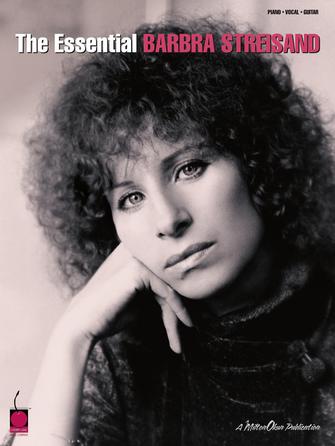 Barbra Streisand / He Touched Me

Nobody on earth appreciates the human sensory system more than Taurus. It’ not the same thing as a feeling exactly, it is rather literally feeling…the real world magic of experiencing sight, smell, taste, touch and sound. He Touched Me is remarkable in conveying both the awakening sense of a touch and the sustained heat of the afterglow. All wrapped in that buttery voice.

B Side: Billy Joel / New York State of Mind

“…to get through this thing called life…”

Two things about Gemini…and with the Twins it always comes in two. First, they see the world as if it someone (perhaps God, perhaps the Devil) has thought it all up. Second, whoever has done the thinking has riddled reality with all sorts of ambiguity. There is a lie for every truth, an up for every down, a tear for every smile. It’s enough to make a perceptive person go, well, Prince knows.

B Side: Bob Dylan / Tangled Up In Blue

Carly Simon / You Belong to Me

“Tell her she don’t even know you.”

Analysis  may work for Gemini, but for the emotionally intense Cancer/Crab it is all about who/what is covering your back and who/what ends up in your claws. This mammoth 1978 hit for Simon was actually a cover of a Doobie Brothers song, and I blame them for letting it fall to the ground and letting Simon get her pincers on it. As Simon once said: “I make every song I sing personal.”

B Side: Linda Ronstadt / Blue Bayou Mick Jagger / Sympathy for the Devil

“Cause I’m in need of some restraint.”

No, no…Leos are not the devil. It’s just that this most dramatic/charismatic of all astrological signs can just about fit into ANY archetype they care to inhabit, at least for entertainment purposes. Mick’s commentary on his own composition invokes studied references to Baudelaire, samba and Satanism…but he is most on key when he comments:”something very funny happens when we start that number.” Indeed.

B Side: Madonna / Express Yourself

“Where did we go wrong?”

Okay, if you are an American you may not be very familiar with this song as it was never released in the U.S. as a single (although it remains Jackson’s largest-ever selling single in England). Frankly, it’s a depressing song accompanied by an even more depressing video. This is the pinnacle of socially conscious Michael Jackson, a compassionate critic (aka: Virgo) lamenting the cluster-fuck that is mankind’s present day stewardship of the earth. As he rehearsed it for his concert film “This Is It,” slightly after midnight on the day he was to die, it is likely the last song he ever sang.

B Side: Shania Twain/ That Don’t Impress Me Much

“Let the world live as one.”

The reconciliation of conflict through empathy, intelligence and a  balanced perspective is at the core of every true Libra heart. This song, the most successful of Lennon’s solo career, actually does a better job than most astrological texts of presenting the Libra predisposition towards peace and love and the ability to believe in better tomorrows.  Next year if you happen to watch the ball drop at Times Square on New Year’s Eve, pay attention to the song that is played (as it has been every year for the past decade) just prior to the drop.

B Side: Bruce Springsteen / Thunder Road

The dumbfounding thing about this song is that many people consider it a classic Christmas ballad, although this famous and much-covered lament is as festive as a toothache. Mitchell’s haunting song of loss rather beautifully conveys the depths of the pain to which ruined love may plummet. Ouch. Scorpio. Ouch.

B Side: Neil Young / The Needle and the Damage Done

Sagittarius always gets the joke, even if nothing is funny. It’s because they are philosophers to the core and their little secret is you can determine your own truth, knowing full well that are very few truths that aren’t somehow comically flawed or arbitrary… the treasure is in experiencing the search. Sinatra could put this wise open-minded smiling awareness into his voice as well any singer before or since. And contrary to the lyrics here, I doubt whether he ever really intended to roll himself up into a big ball and die.

B Side: Bette Midler / One for My Baby and One More for the Road (just wehn you think she us going to sing Wind Beneath My Wings she makes a wise substitution…notice the frequent smile and the lei she puts around his neck at the end…it’s hard for even a sad Sag to be grim) 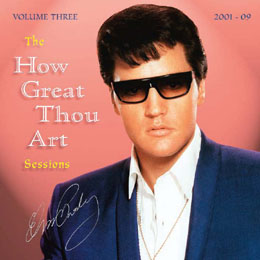 Elvis Presley / How Great Thou Art

“…thy power throughout the universe…”

In the mid-1960′s the King of Rock & Roll was having trouble getting radio airplay, what with the British Invasion and the emerging San Francisco psychedelic scene. Thus was born an Elvis album tailored to attract attention around the holy seasons of Christmas and Easter. Oh sure it was a bit manipulative and cynical, but a successful Capricorn always has a career plan. To be fair, in true Elvis fashion the title song is  an awesome performance…it won Elvis a Grammy…although it’s not entirely clear whose “power throughout the universe” he is referencing.

B Side: Janis Joplin / Mercedes Benz I know, I know…this doesn’t make any sense unless, like me and Shakira, you are an Aquarius. So what is Shakira’s anthem on behalf of  the South African  2010 World Cup doing in this spot? Well, for one thing Aquarians are so future oriented that 2010 is pretty far in the past. And as the zodiac’s practicing humanists Aquarians have an inordinate sense of global community about them. And they are just crazy/genius enough to pull off lyrics to a song in Cameroon’s Fang dialect and have 700 million people watch the video. It’s an interesting life.

B Side: Neil Diamond / Canta Libre

A few months ago my wife and I were watching TV and we encountered Rihanna (a Pisces) singing her big hit Diamonds. This is a song whose lyrics are so banal and repetitive that they make those of  Twinkle, Twinkle Little Star seem ambitious. How much more profound the culture was when George Harrison droned the lyrics of his hit song over and over.  I don’t entirely get it. I suppose we must simply acknowledge a profound spiritual simplicity surrounding the Pisces artist that empowers them to trance out to a place most of the rest of us will never reach…which may not entirely be a bad thing.

B Side: Johnny Cash / Ring of Fire

Can’t Find What You’re Looking For?

Please contact Steven Mark Weiss at smw@stevenmarkweiss.com
All inquiries will be held in the strictest confidence.